By Patrick and Sam Dougherty.

Sponsored by a Friend of McKee Botanical Garden. 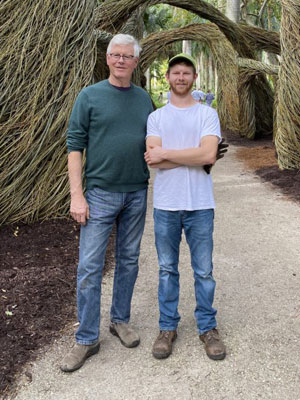 The new sculpture, which resides in the south end of the Royal Palm Grove, has been named Grand Central by Patrick.”It’s a more chaotic line in the midst of order among the stability of the regal Royal Palms. This work we love!  It seems like maybe the best work we have ever made. It is big and takes over this entire grove. We like it because it turns the whole place beneath it into a kind of lounge . There are little cabanas that you can go in and take a look at with the idea of it speeding or whipping around within the space we have here. The sculpture in its entirety was directionalized so that it makes it look like it goes from one end of the grove to the other. We love the way that it crosses the top. Sam worked on the piping that runs along the whole edge of the top, which gives a sense of continuity to the entire sculpture. I hope you enjoy it, we have!” stated Patrick.

Patrick is extremely conscientious about environmental stewardship and hopes that his work will inspire others to care as well. No trees are killed outright in creating one of his sculptures. The willow saplings are harvested from a farm in upstate New York. The saplings he uses are cut in such a way that they will all regrow, much as they would after pruning. The sticks for the sculpture come from a willow farm where the stumps will regrow again and again to reproduce more saplings. When Patrick harvests in the wild, it is always done in areas where the sticks would be cut anyway, such as under power lines or along highway right of ways; sometimes where a forest needs to be thinned because the undergrowth is too thick and not all the small trees can survive that way. 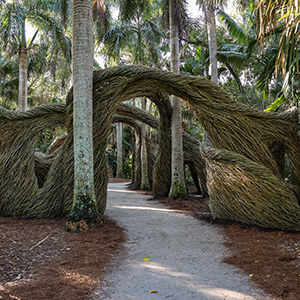 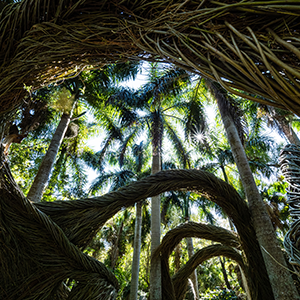 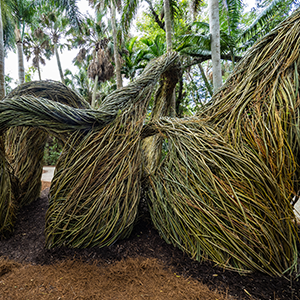 Special thanks to our Presenting Sponsor, a Friend of McKee and our Hotel Sponsor, Star Suites, Aiello Landscape for their help unloading the truckload of saplings, and to all of the volunteers who assisted Patrick and Sam in building Grand Central. 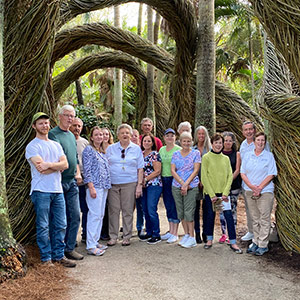